It has been reported by Moz that over the last 2 weeks, the number of Mobile-friendly tagged websites on page 1 of search results has increased from 66.3% to 70.1%. Although, there are two possible explanations for this trend:


Google previously stated that the algorithm changes could take days or weeks to fully manifest themselves, so it's not a surprise that we didn't see drastic changes after just one day.
Google Search Google updates SEO

Due to its effectiveness and affordability, most companies rely on social media networks to achieve their marketing and branding goals. According to Statista , in 2017, 90% of U.S. businesses used social media for marketing purposes.  Social media platforms are incredibly powerful in the hospitality and travel industry. Besides looking for trip ideas online, travelers use Facebook, Instagram, Pinterest, and other platforms to book travel activities, share photos, and post reviews. Through social media, bed and breakfasts can not only build their brand but also enhance their guests' experiences. Building a successful online presence can help your BnB stand out, bring traffic to your website, and increase online bookings. If you want to expand your BnB business, here are five ways social media can help you achieve it.  Target the Right Audience Identifying the groups of people most likely to be interested in your service is key to any successful marketing campaign. Social media can p 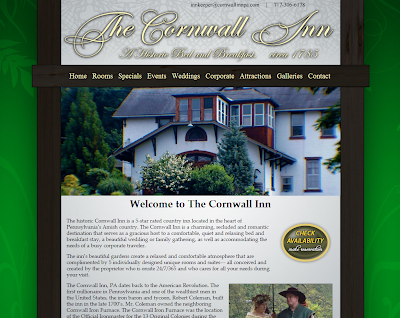 The Cornwall Inn is located in Cornwall, Pennsylvania. This historic inn is a favorite among locals and travelers. We changed up their old site to brighten it up a bit and give guests a better feel of what Cornwall Inn is all about. After: Before: What do you think? See their full site here: www.cornwallinnpa.com 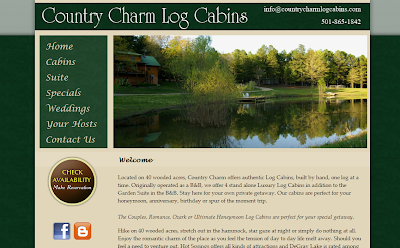